From racing to restoration, for over 28 years Mopar Collector's Guide Magazine has been the number one go to monthly source guide for everything Mopar that matters. Subscribe and get the inside track on everything the Mopar hobby has to offer!

Home/MCG "The One That Got Away" Entry 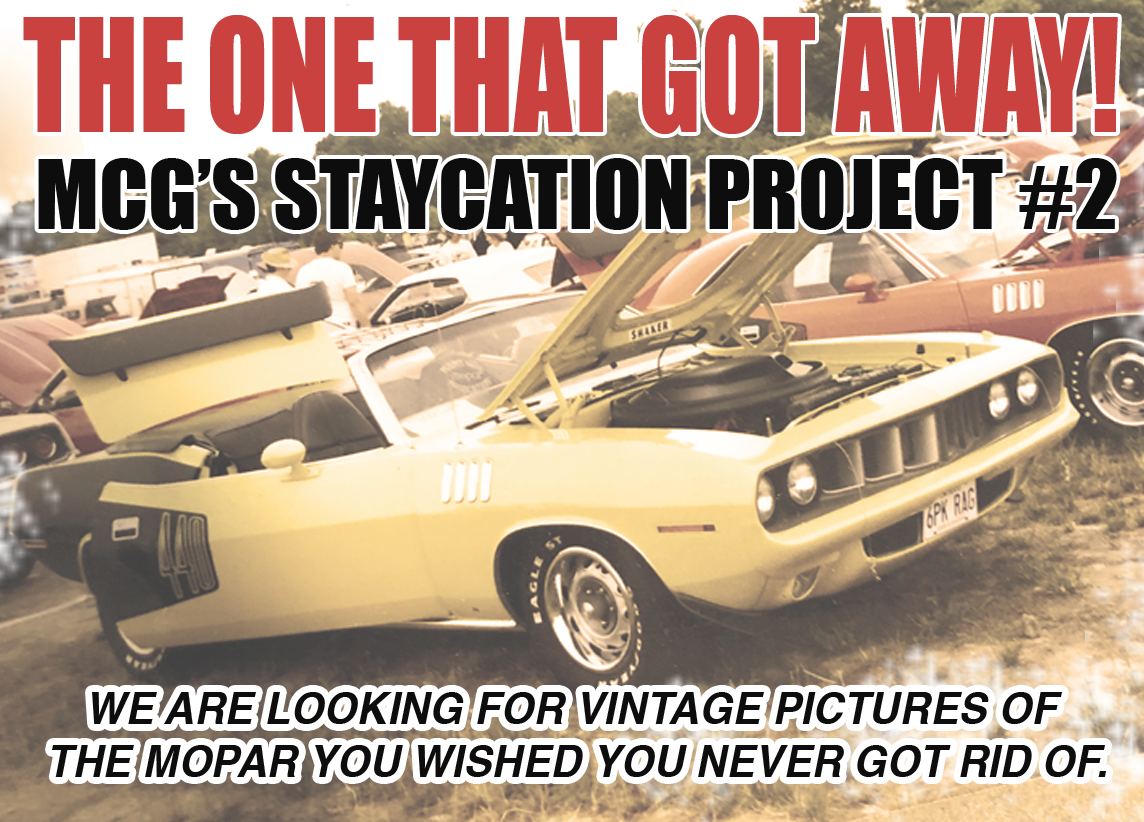 Okay, since everybody’s largely still being held under lockdown, we thought of something else that would be interesting for everybody to do. We’ve all heard the stories, and most of us have the same story – regret about the “one that got away.” That one magical old Mopar we “used” to have and sold long before we knew it was going to be worth a fortune, or, we regretted selling almost before it left the driveway. For us here at MCG, it’s a pretty easy list, Randy’s 440+6 Superbird, his 300 Hurst, his Challenger convert, and his 440 four-speed ‘Cuda. For Rob, it’s likely his purple ’70 T/A Challenger, his canvas sunroof ’71 Demon 340, his ’71 383 Challenger, his ’71 340 four-speed Barracuda coupe, and his ’71 GTX. Through the years, we’ve heard endless stories about the cars that most of us wish we had back. So, while you’re cooped up at home, dig out those old photos of the long-lost machine that you wish you’d never gotten rid of and email them. We’ll try and share as many of them as we can in an upcoming magazine, and let us know when you sold it, or wrecked it, or parted it out! Dig out the old photo album and get those Kodak prints scanned; there’s no reason we can’t entertain each other while we’re all waiting for life to return to normal! Who knows? Maybe somebody will recognize your old ride and know where it is today!

"THE ONE THAT GOT AWAY"